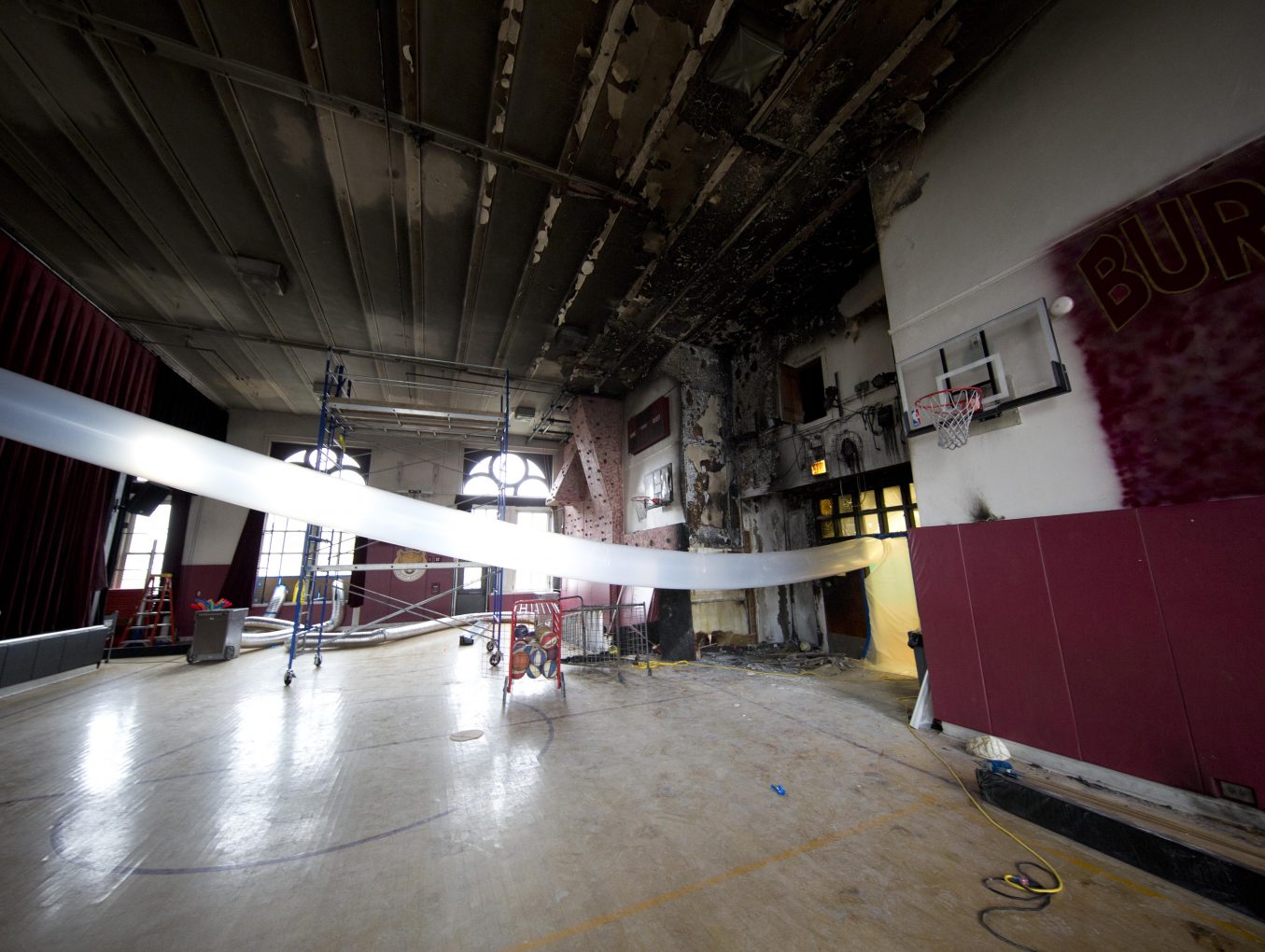 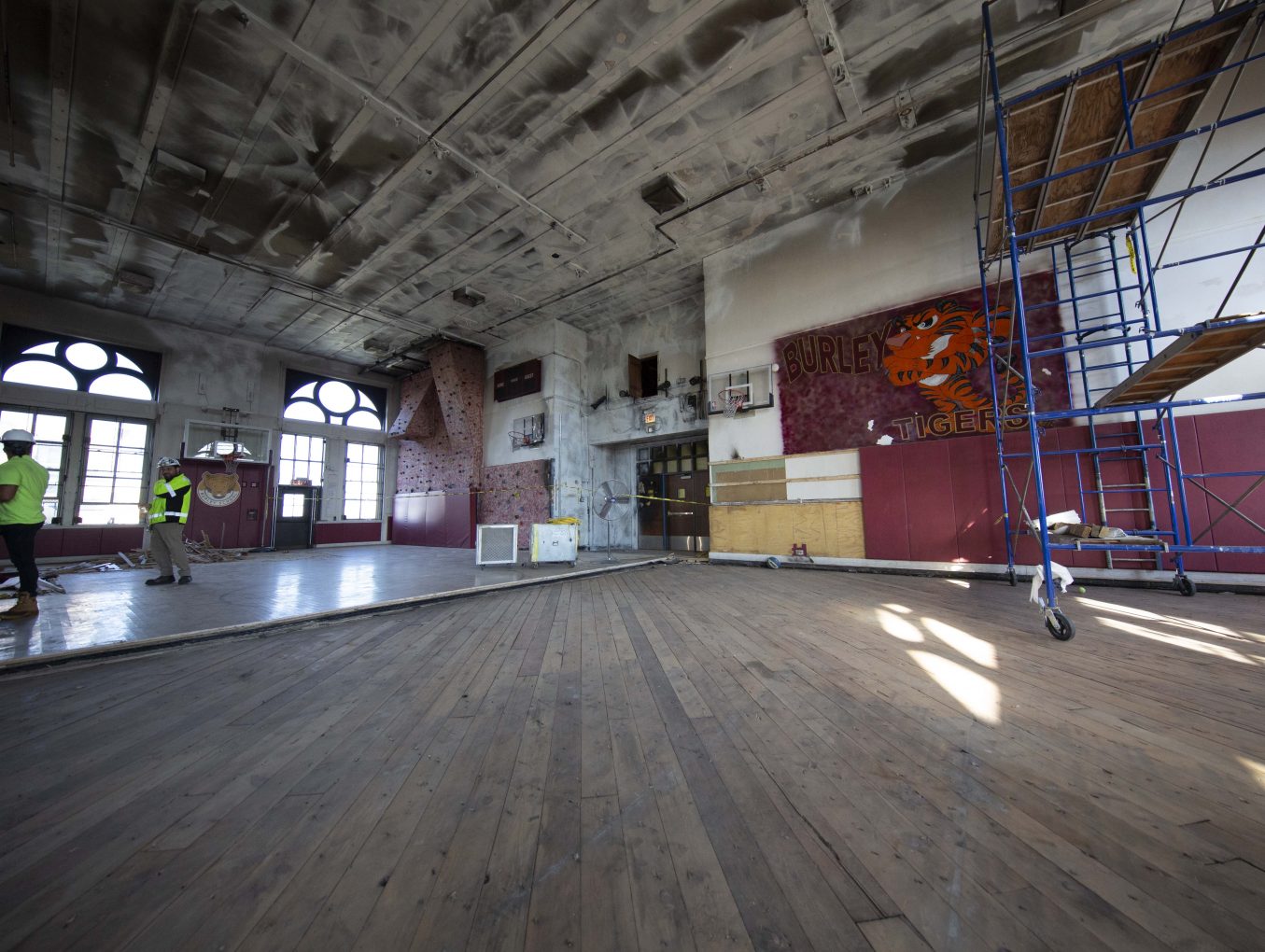 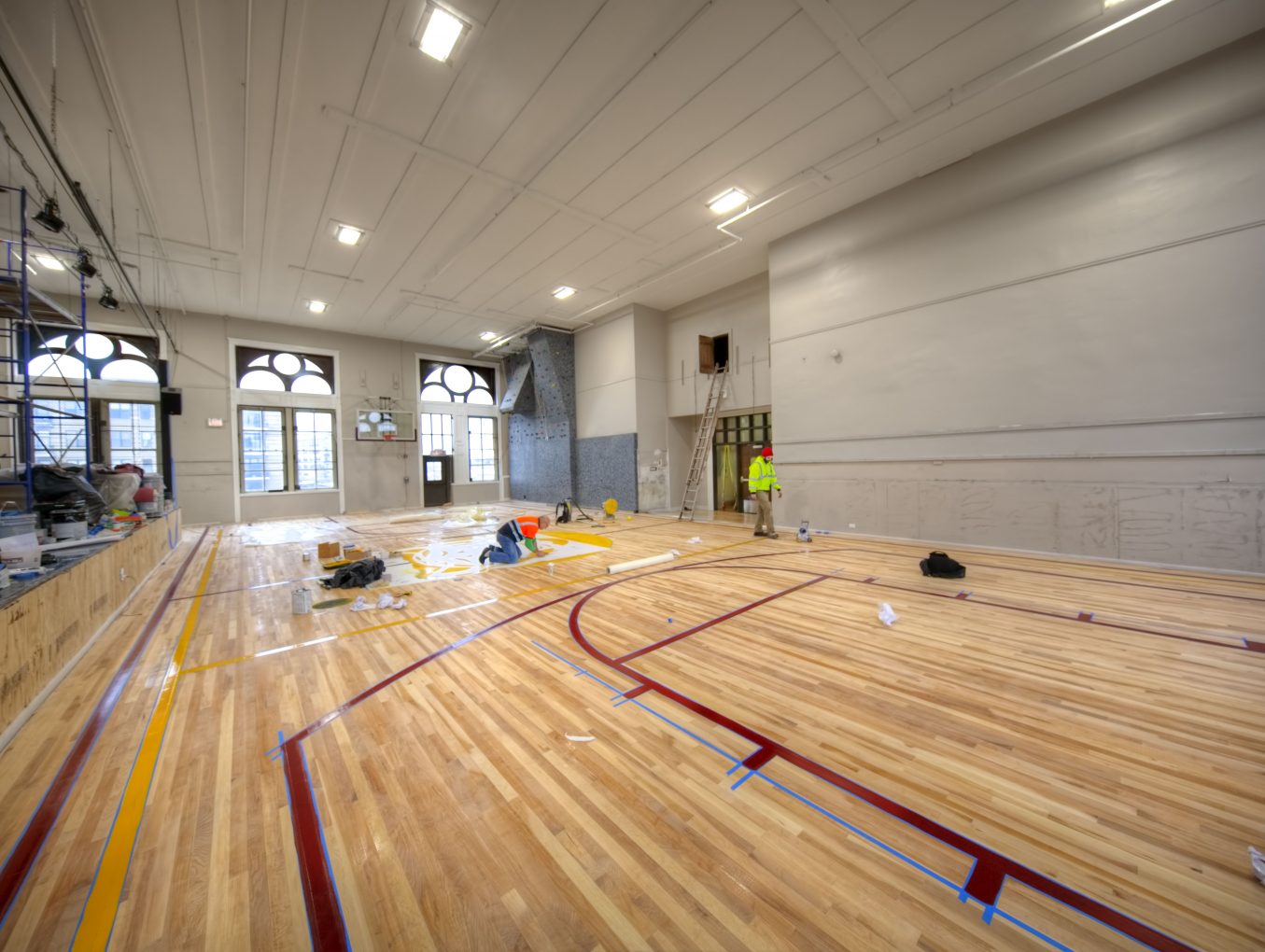 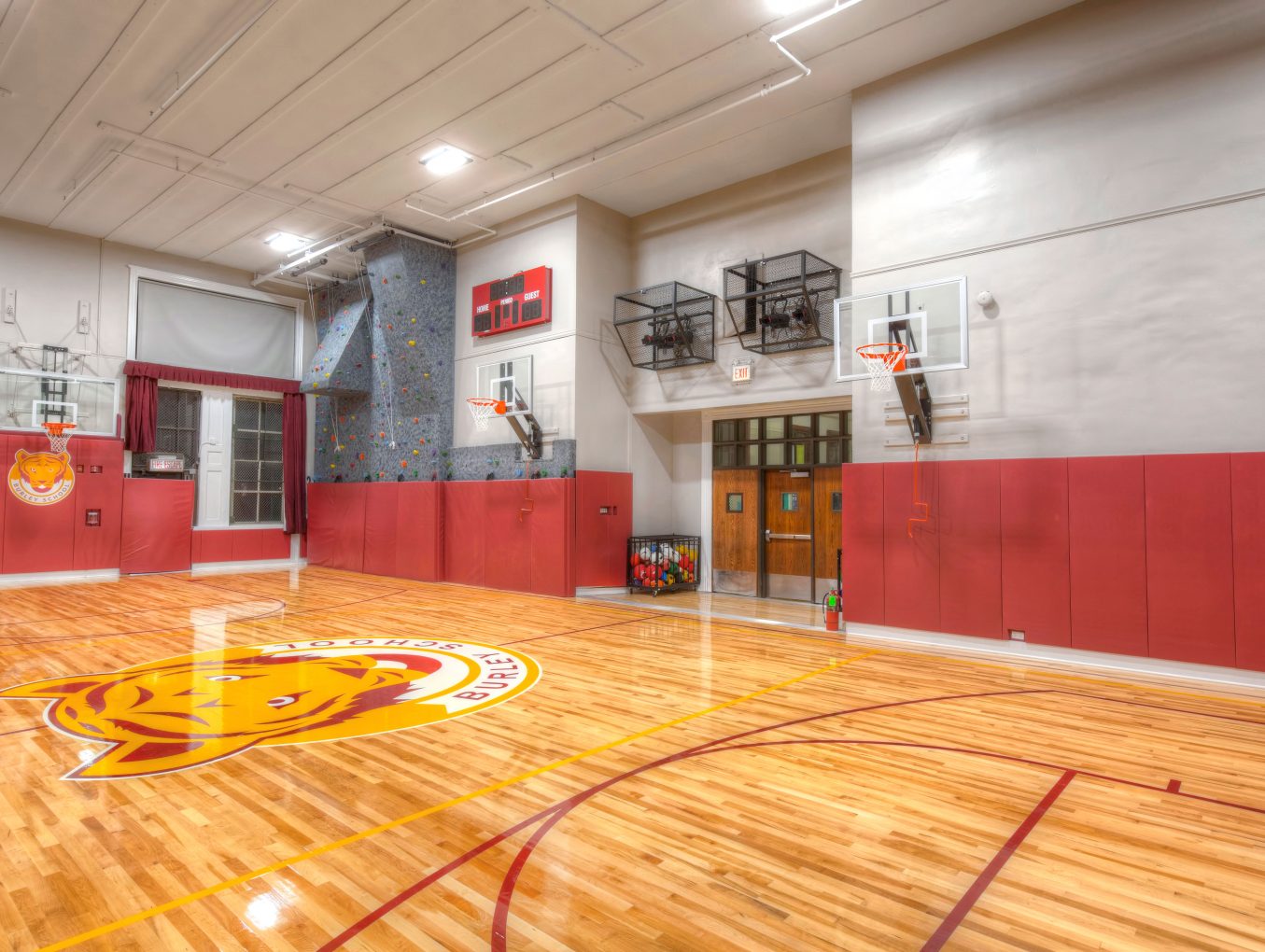 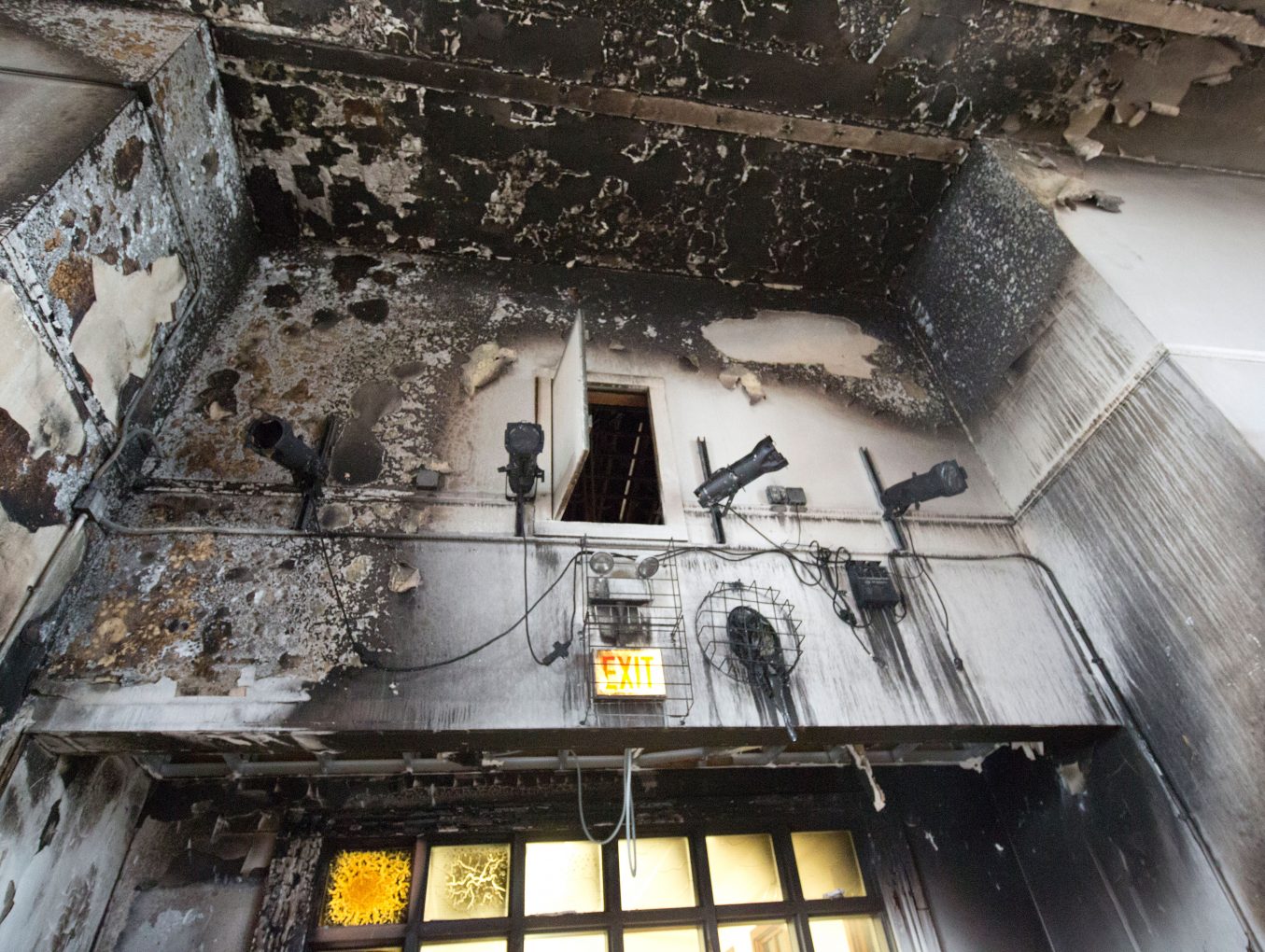 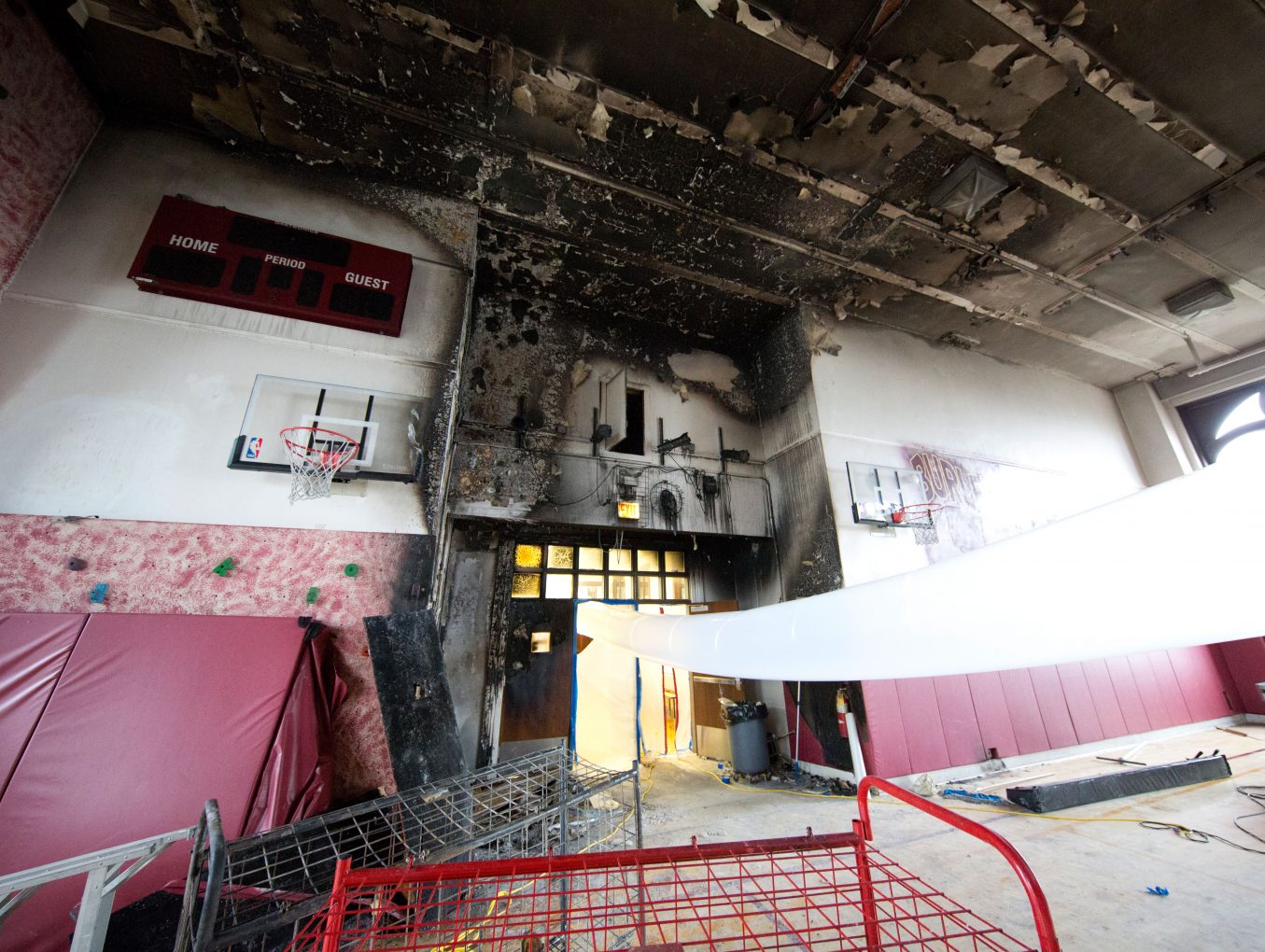 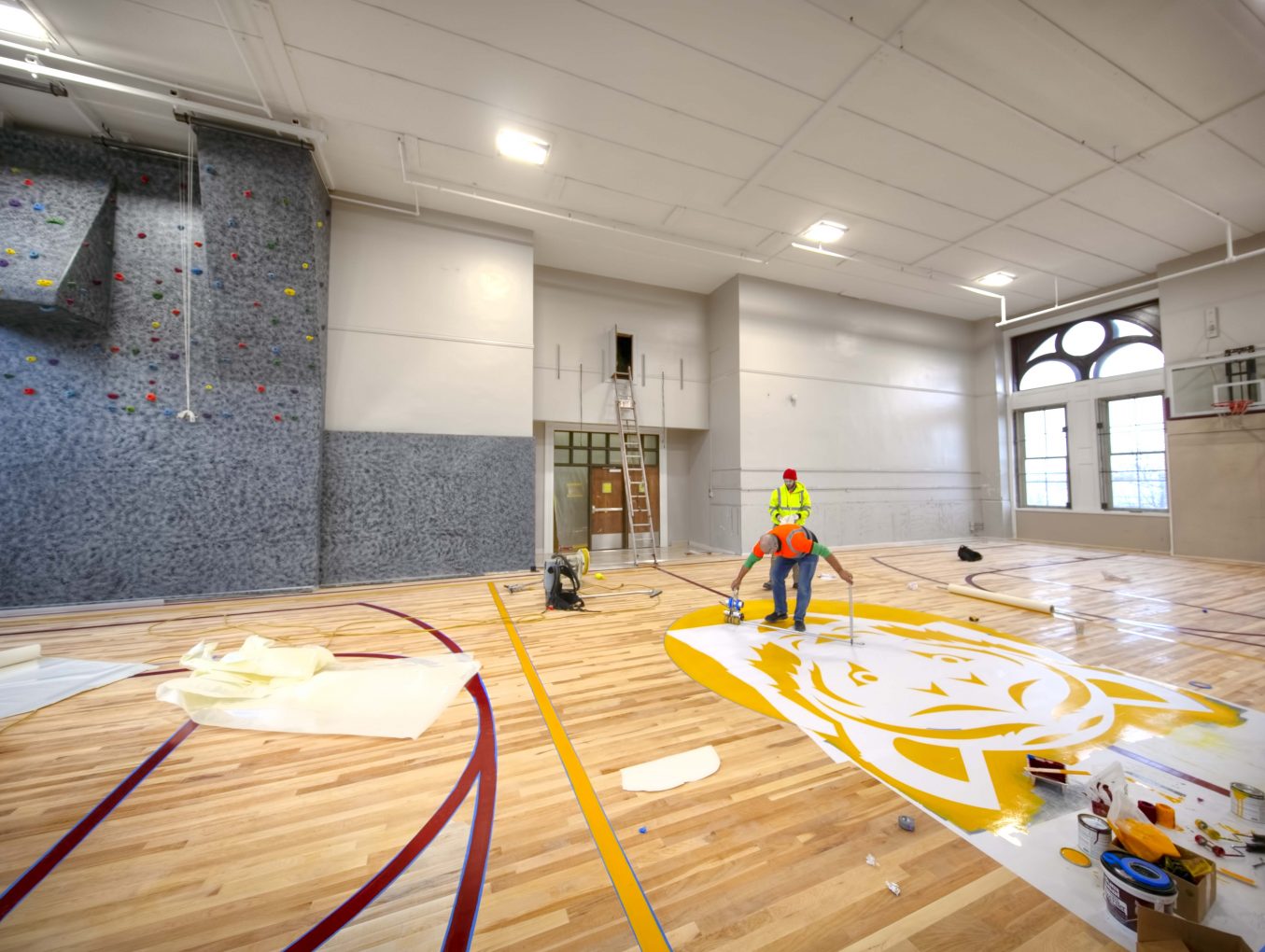 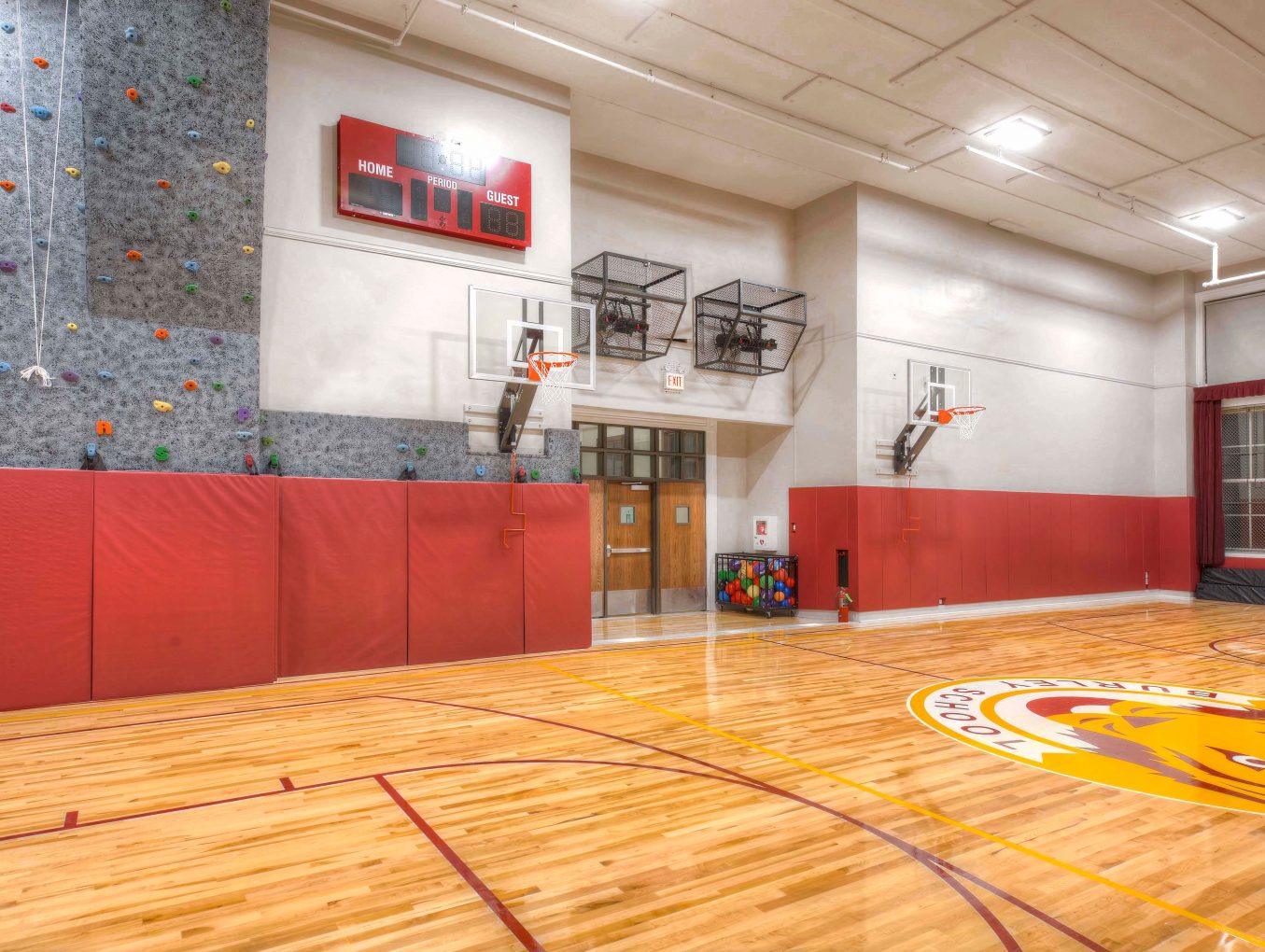 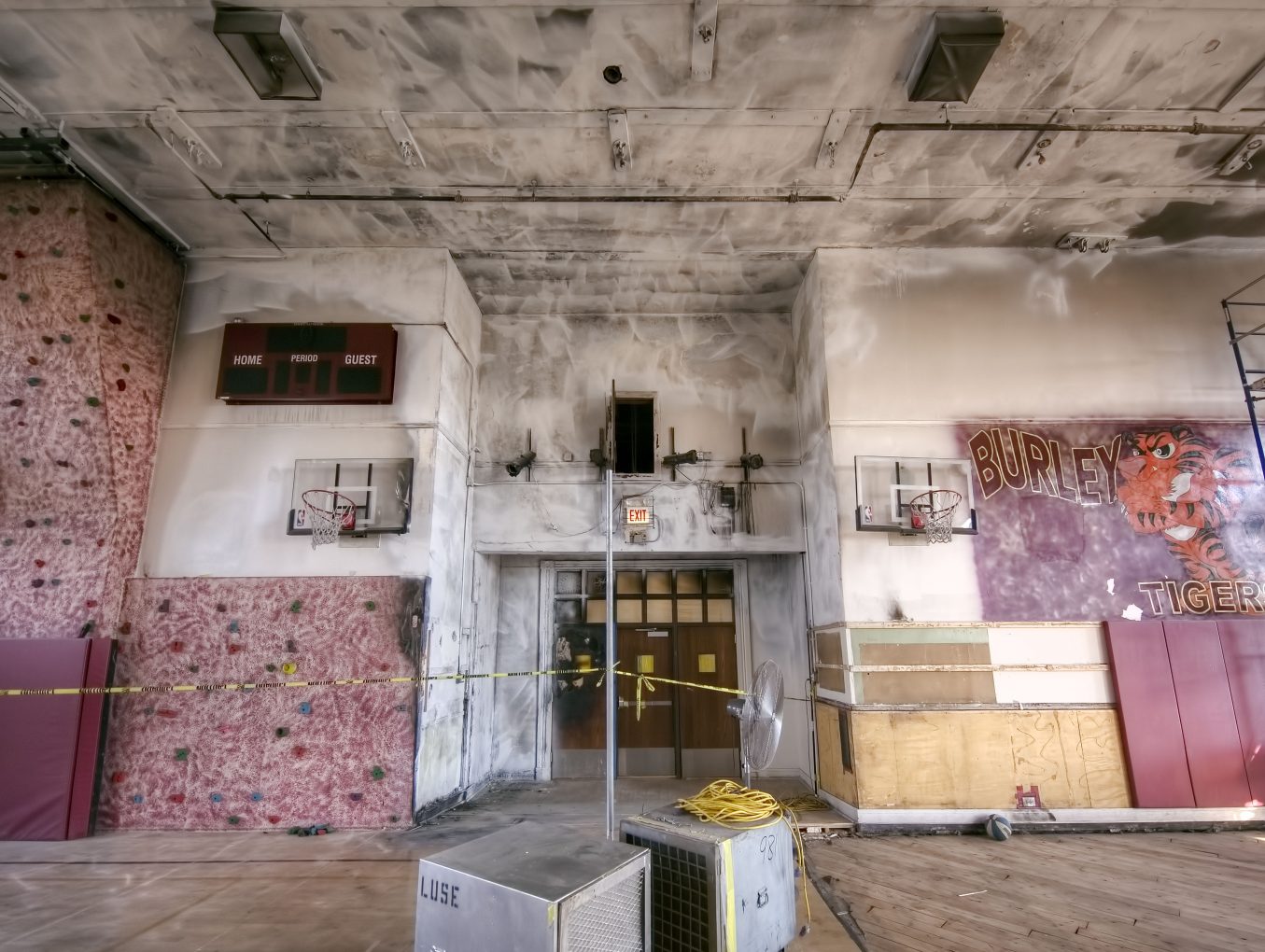 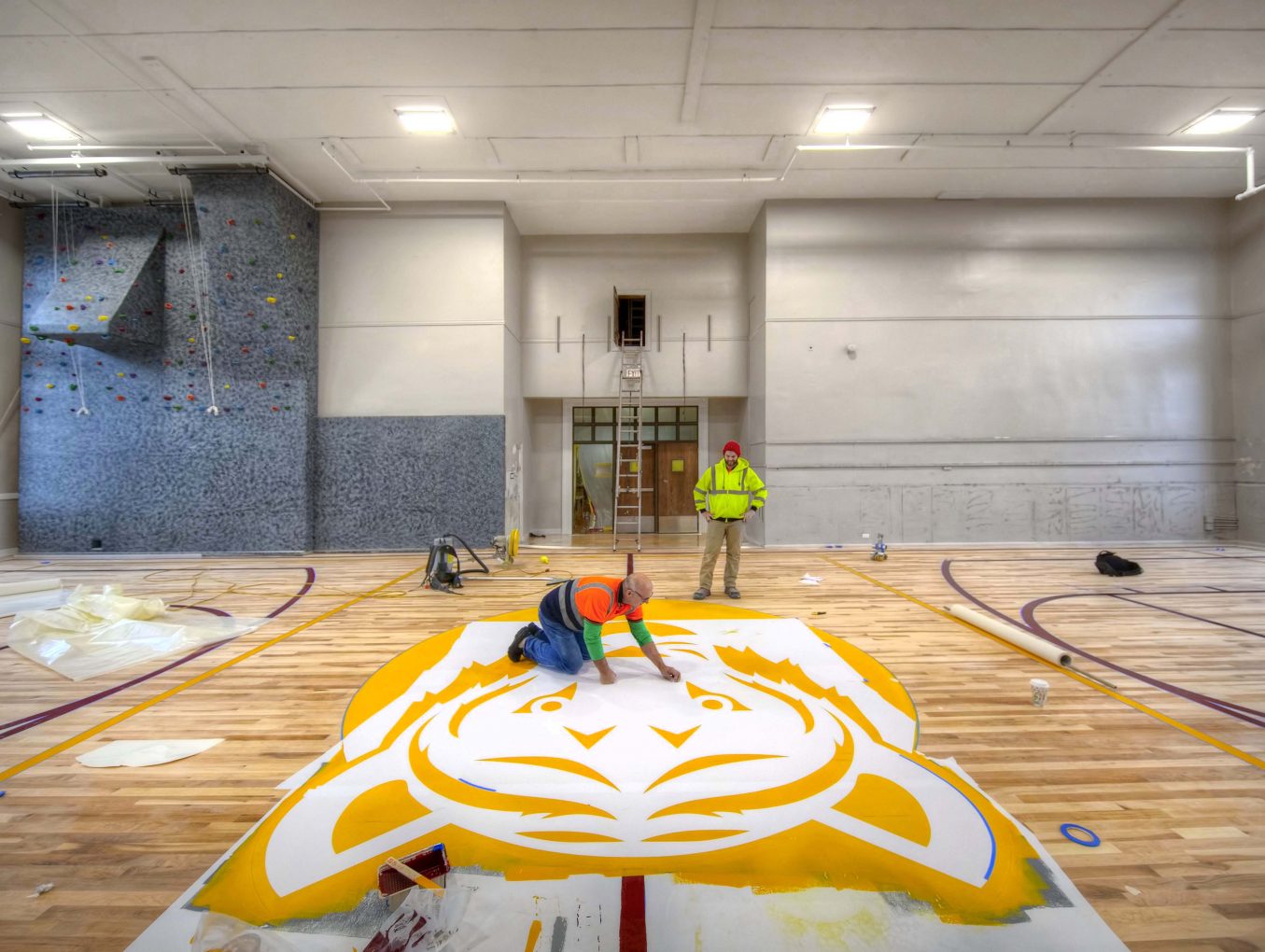 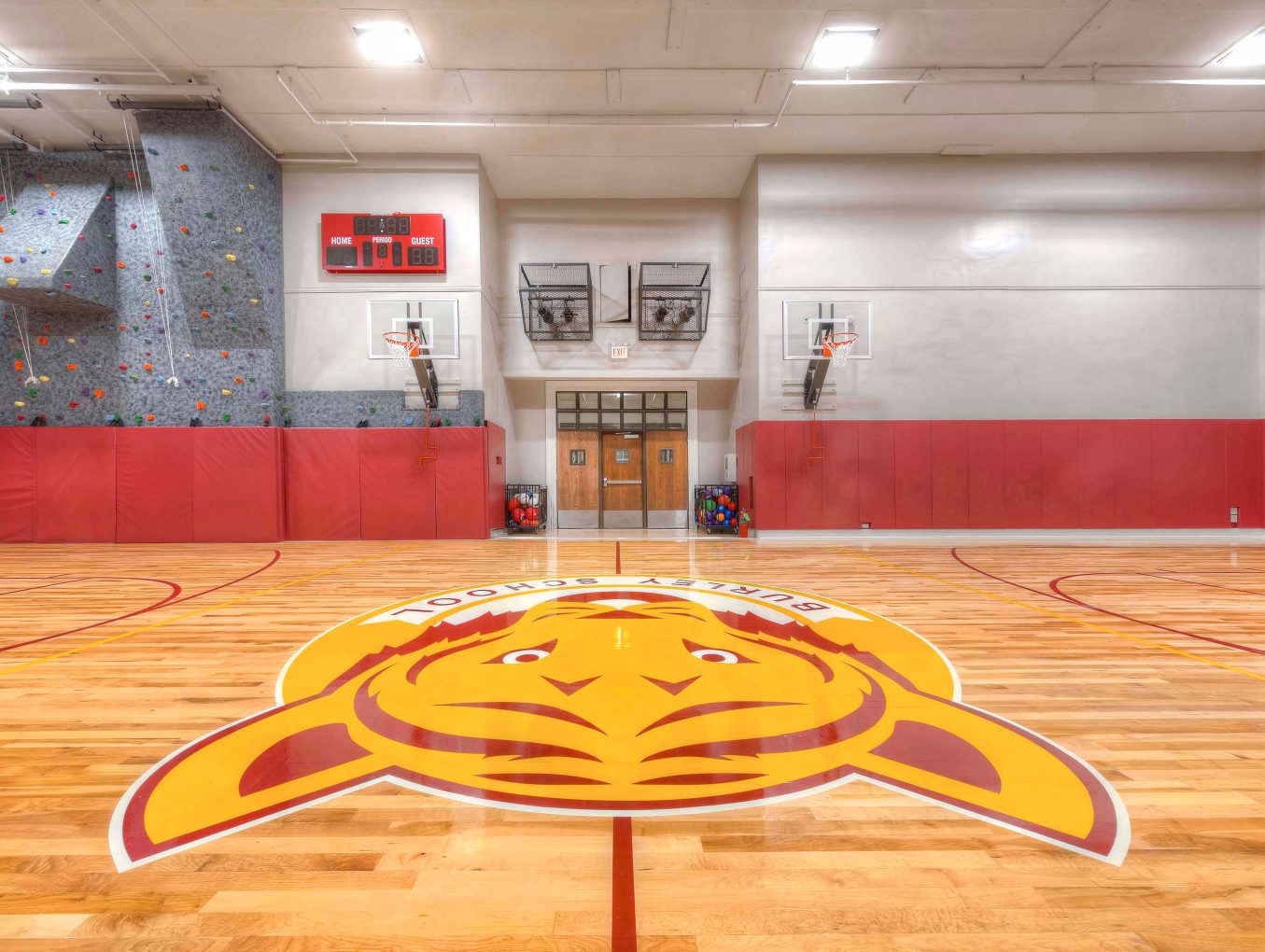 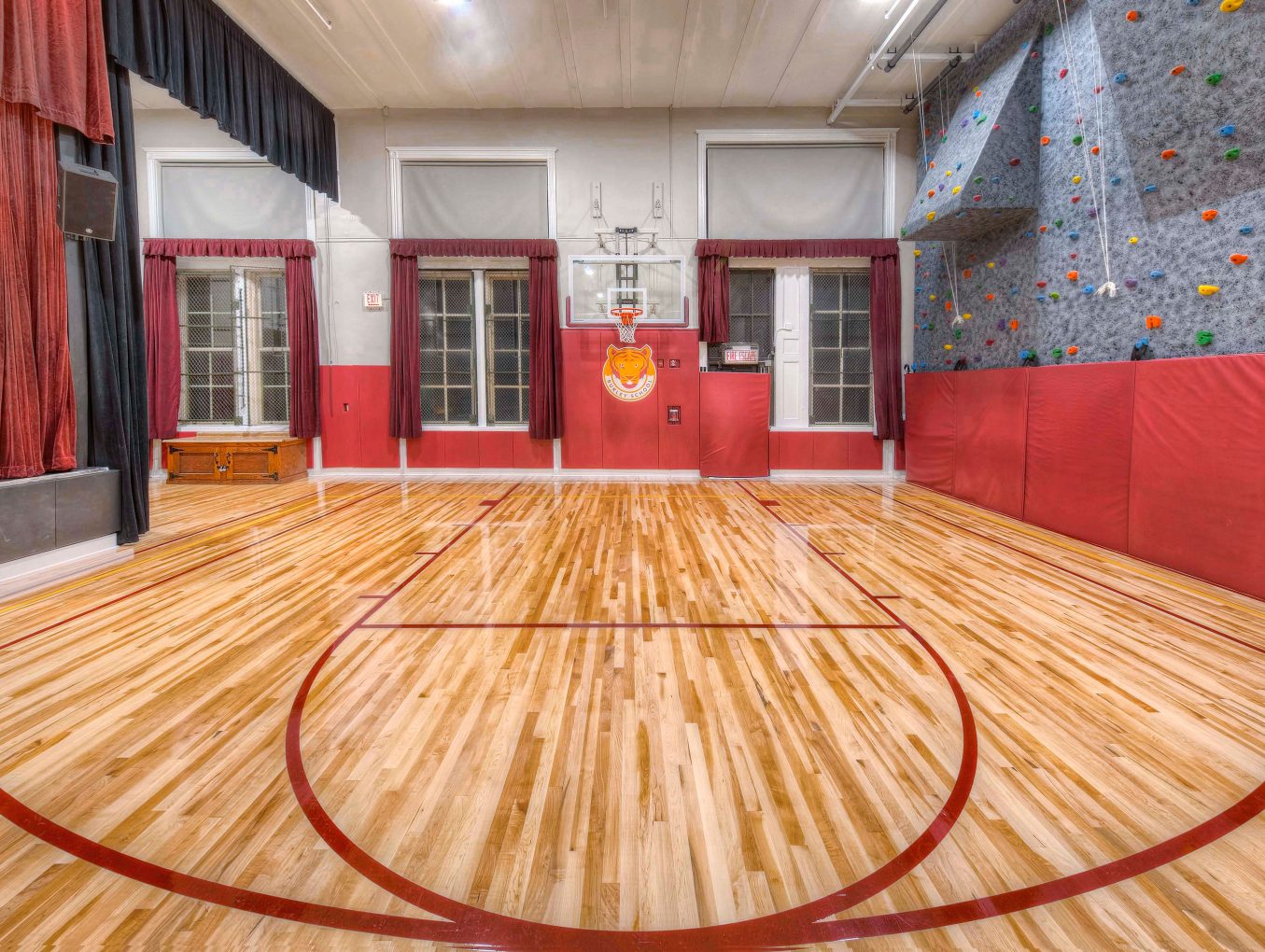 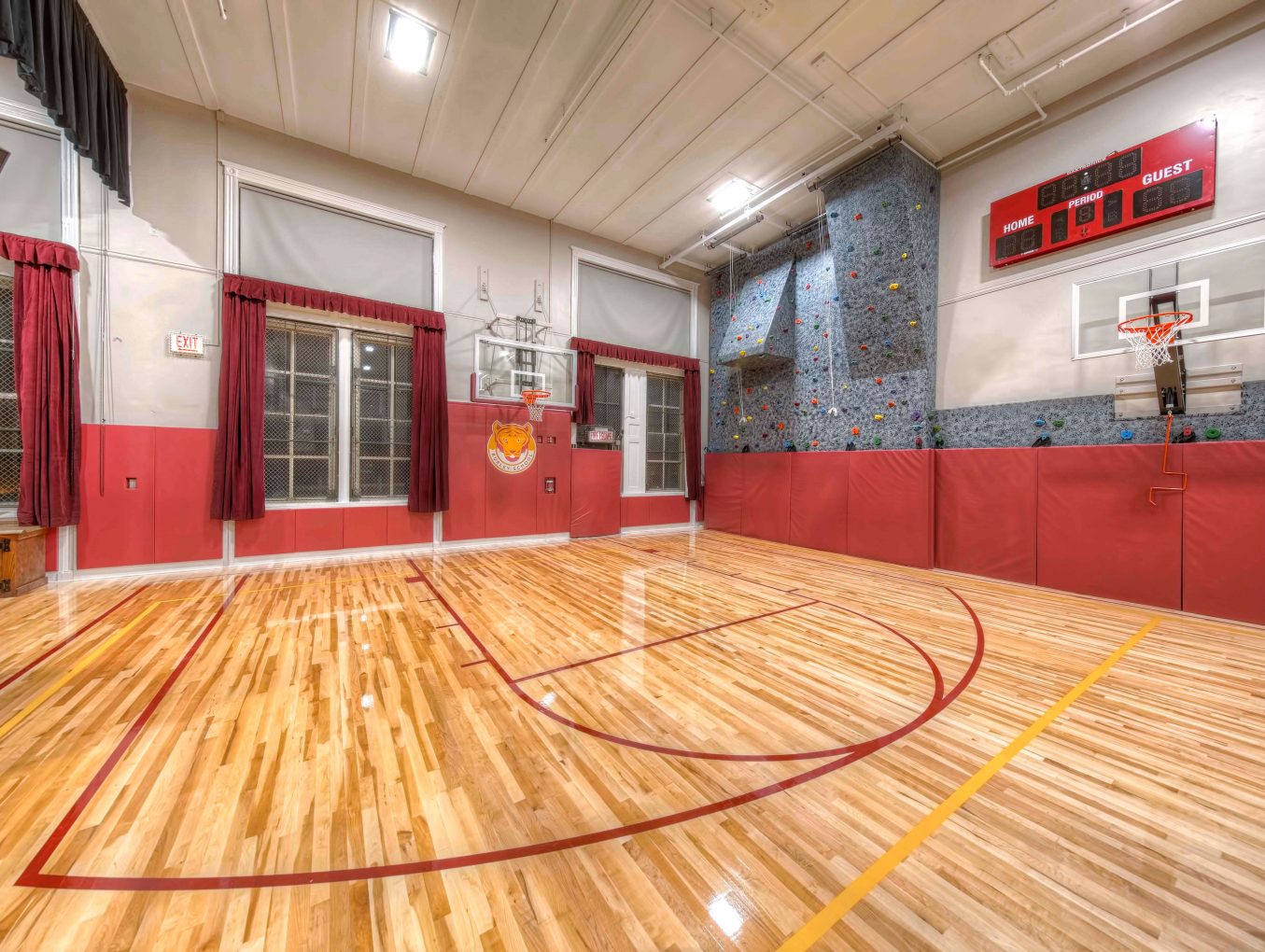 As the summer of 2018 drew to a close and with barely two weeks left before classes resumed for Chicago Public Schools, a fire broke out in the 3rdfloor gymnasium at Burley Elementary School in the city’s Lakeview neighborhood.  The blaze left the building with significant damage from both fire and water.  The gym took the brunt of the damage from the heat and flames whereas the rest of the building and classrooms suffered collaterally from the extinguishing process, being deluged by water from the sprinkler system.

Tyler Lane Construction quickly mobilized its project team and began working 7 days a week, in 2 shifts to get Burley Elementary back online before the first official day of school.  Restoring the classrooms and corridors was top priority, but it was no small task.  Water from the extinguishing process had caused significant damage to the ceilings, walls and floors below the fire zone.  Buckled floors were removed and replaced with new wood floors and VCT.   Wet drywall and plaster were removed and replaced with new drywall and ceilings along with a fresh coat of paint.  Existing floors, walls and ceilings were patched, sanded and refinished as necessary. Power and low voltage were replaced due to water and heat damage.  New can-lights, a new scoreboard and new high-bay lights were also installed.  The building was fumigated to remove the scent of smoke that lingered in the air.   The schedule was rigorous, but the tireless dedication of everyone involved paid off, as the building and classrooms were ready for students at the scheduled start of the school year.

With classes in session and school starting, the focus of the project team shifted toward the restoration work in the gymnasium.  The fire scorched walls, gym pads, basketball backboards, and the hardwood gym floor was removed and replaced.  New gym pads and logos were installed around the perimeter and a new wood floor with sound insulation and sub floor were put down. Entrance walls, doors and door frames on the east elevation were removed and replaced with new along with a partial portion of the climbing wall and new window shades.  New adjustable basketball backboards were installed along with new lighting in the repaired ceiling.  The stage, which occupies the western portion of the gym area received fresh paint, and refurbished stage curtains had been removed, cleaned, fumigated then reinstalled. Finally, the gym floor was adorned with new school logos and new basketball court markings before being turned back over to the students on December 1st.